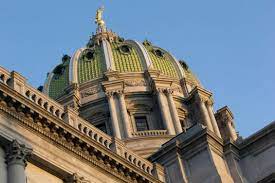 HARRISBURG (July 15) – The Department of Human Services released a request for applications Thursday for a controversial plan to hire a statewide vendor to administer a program to help people deal with the paperwork associated with hiring direct care workers for senior citizens and individuals with disabilities.

The Wolf administration has described the proposal as Agency with Choice.

The move comes a week after Gov. Tom Wolf vetoed House Bill 1420, which was supposed to be the update to the Human Services Code, passed as part of the budget.

In his veto message, Wolf cited language in HB 1420 which would have barred the state from moving forward with the Agency with Choice plan for 12 months.

“It is important to note that this is a model of service that will be in addition to, not replacing, any other models of service for the participant-directed population that the department currently offers. There is no requirement that participants and their direct care workers currently working with home care agencies need to switch and use the AWC option, it is simply another option for participants and their workers to consider,” said Brandon Cwalina, a spokesman for the Department of Human Services.

Prospective vendors have until Aug. 29 to apply for the contract, Cwalina said.

Advocates for a variety of groups have expressed concerns about the plan and had previously unsuccessfully lobbied the administration to delay the proposal.

“The plan seems rushed and there is concern about the potential impact on the current system if the identified concerns are not addressed or adequately explained,” said Kathy Cubit, advocacy manager for the Center for Advocacy for the Rights and Interests of Elders (CARIE).

Michael Grier, executive director of the Pennsylvania Council on Independent Living, agreed that the administration’s move to roll out Agency with Choice seems rushed.

“The entire process was really, really fast. And the fact that, you know, we found out about this, and then we had two weeks to generate any questions,” Grier said.

A summary of public comments provided by the Department of Human Services, shows that the one of the sentiments expressed most often in public comments regarding the proposal was that the Wolf administration should provide more time for scrutiny of the plan. The only comment that was received more often was the perspective that the move would likely harm consumer choice by creating a statewide vendor. Commenters suggested that the state use regional providers.

In a response, DHS defended the move to select a statewide vendor and said that entity would be allowed to subcontract with other providers if it wants to do so.

“Participant choice is increased with the addition of a new model of participant-directed services. Selecting a statewide provider allows greater oversight of the performance of the vendor,” the agency said in its response.

The RFA released Thursday indicates that the program would be available to just over 100,000 residents who receive Medical Assistance and are enrolled in DHS’s Community HealthChoices, have a waiver for Home and Community-Based Services or are enrolled in the Act 150 program for individuals with physical disabilities.

Advocates for organizations serving the elderly and individuals with disabilities said they were surprised and disappointed that the governor had vetoed the Human Services code in order to keep moving forward with the Agency with Choice plan.

They say the proposal largely creates a new statewide competitor for local organizations that already provide similar services. And having a statewide vendor offering these services will likely mean that customers have greater difficulty getting the kind of customer service they need.

The vendor hired to administer the Agency with Choice program, as a state contractor, would be covered by a Wolf executive order requiring state contractors to pay at least $14 an hour, increasing to $15 an hour by July 1, 2024.

In addition, the vendor will be able to provide benefits that smaller agencies may not be able to match.

“This model will benefit DCWs – since they are employed by the AWC FMS provider, they can access employer-sponsored health care as well as paid time off and other benefits,” Cwalina said.

Shona Eakin, CEO of Voices for Independence, said that a statewide provider won’t be able to offer the kind of insight and local knowledge to help customers as well as existing providers do.

At the same time, the new vendor will likely be competing with existing agencies for workers.

“I got to tell you that the way the governor has promoted this new Agency With Choice model is that he’s saying that it will give the worker increased wages and access to health insurance. And, and to be honest with you, as a provider who’s been providing these services for a long time, I would love to be able to have an increased rate that would allow me to provide health insurance to my workers” but the rates provided to the existing agencies aren’t enough to pass along higher wages or provide health care benefits.

“We’re alarmed by that. That news, because if they’re paid the same rate we are, there’s no way they’re going to be able to meet the governor’s promise of health insurance and higher wages,” she said.

While critics question whether a statewide vendor can match local providers on customer service, DHS’s RFA for Agency with Choice does include customer service performance metrics.

The vendor is required to provide a system through which individuals can request technical assistance by phone, voicemail, email, and chat.

The RFA also sets standards for how often customers calling for assistance get to talk to someone in 10 minutes or less.