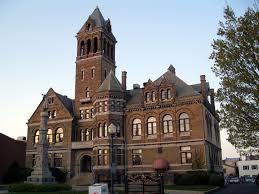 WILLIAMSPORT – The city of Williamsport has agreed to make modifications to City Hall to settle a federal lawsuit that accused it of violating the Americans with Disabilities Act.

City Council in a special meeting Wednesday night approved a consent decree with the Center for Independent Living of North Central Pennsylvania, the local chapter of ADAPT and four individuals.

ADAPT describes itself as a community that organizes disability rights activists.

The cost of making the necessary structural improvements to City Hall that would include full compliance with all ADA requirements has been estimated at between $3 million and $8 million.

The agreement, reached through mediation, includes a $55,000 payment that insurance will cover, council President Randall Allison said.
For more than a year, representatives of the Center for Independent Living have been demanding council make improvements to City Hall so it is fully handicapped accessible.
The city, without the admission of liability, has agreed to:
The agreement must be approved by U.S. Middle District Judge Matthew W. Brann.